Shipping for the lower 48 is $250 Flate Rate on implements!

What is a Flail Mower?

A flail mower features “flails” that are bent T- or Y-shaped pieces of metal attached to a rotating drum at the thin end of the flail. As the drum spins, these flails spin at a rate that allows them to tear through the brush. These flails are spaced out across and around the drum to provide a thorough cut. The drum itself is powered through PTO drive.

If you’ve never used a flail mower, Click here to find out how 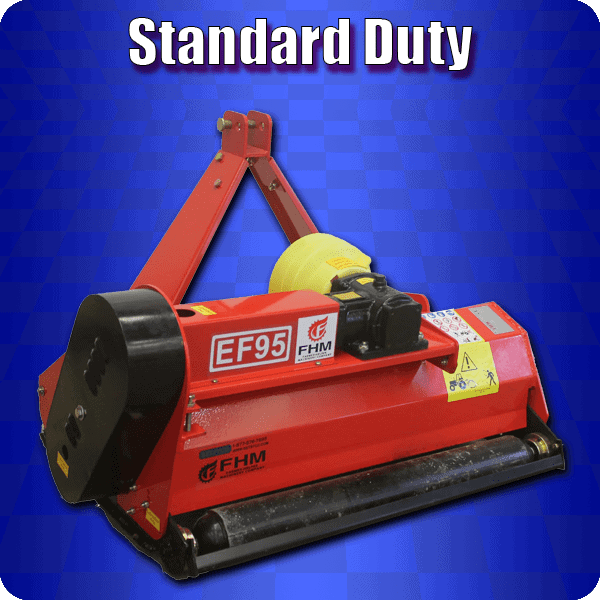 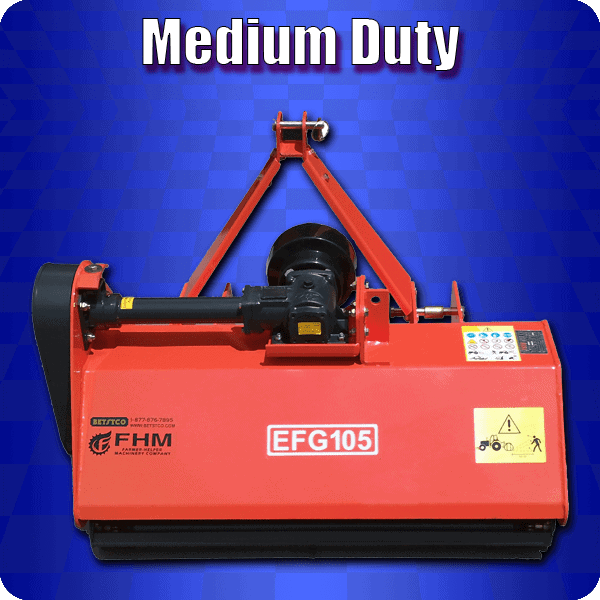 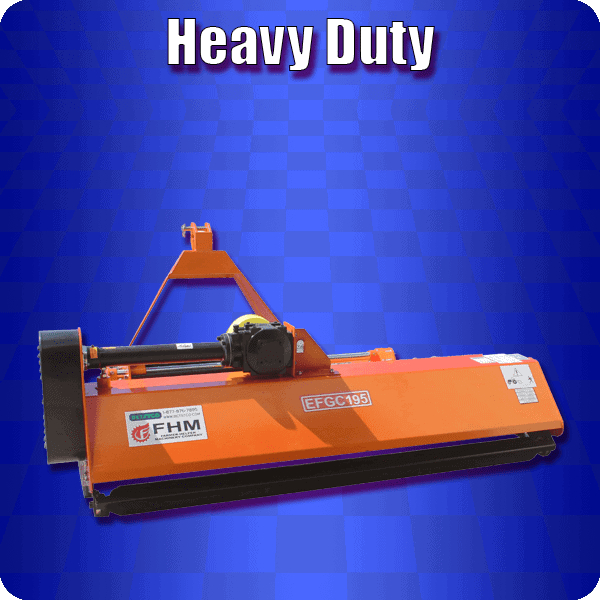 The Advantages of a Flail Mower

Flail mowers have quite a number of advantages over the common rotary mower and make themselves useful for specialized situations. 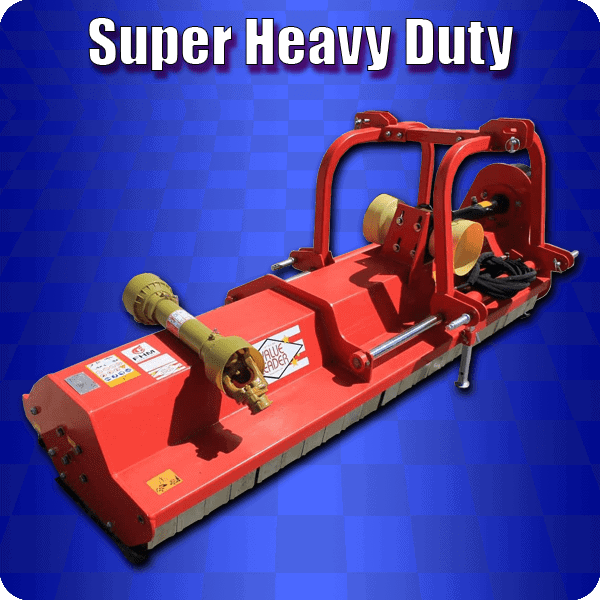 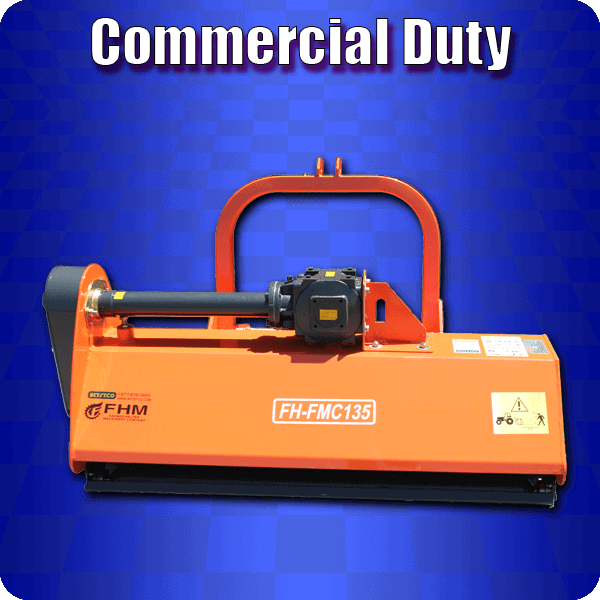 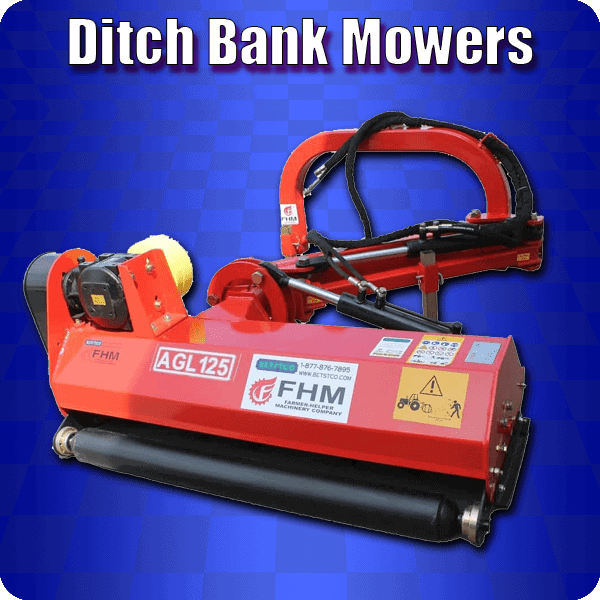 How does this differ from a brush hog?

Brush hogs are great for mowing large over-grown grassy areas and can tackle tall, thick grass with ease. They can be run at fairly high ground speeds, meaning more acreage can be covered in a given time. This increased production comes at the cost of a lower quality cut and the potential for clumping and piling of clippings. Brush hogs with their simple blades are also easy to maintain. However, another downside of the brush hog pertains to safety. With its rotary motion, objects can be thrown in any direction; therefore, mowing in areas with debris—rocks, trash, sticks—should be undertaken with great caution. 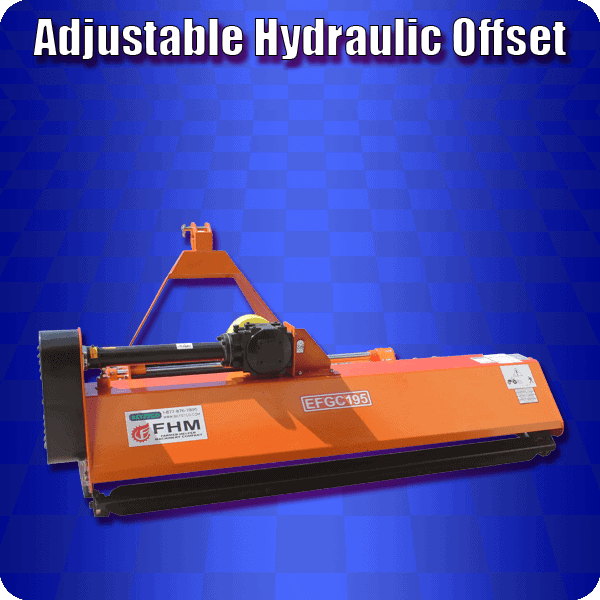 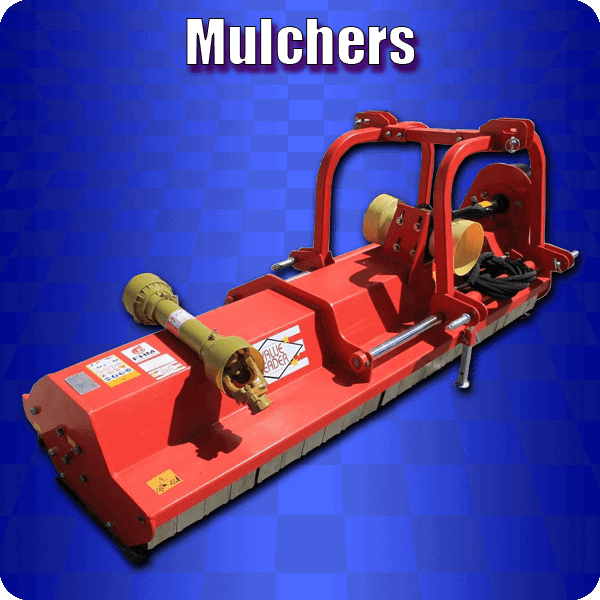 Why use a flail mower?

Flail mowers are better at cutting vines and brush. This makes them the perfect choice for areas that are not only grassy but also overgrown with other types of vegetation. Their design does a nice job of mulching what is cut thus returning nutrients to the soil. Adding to their versatility, some of our models can be extended to the side and angled to cut ditches and banks. Their linear cut and design also reduce the risk of thrown debris making them a better choice for mowing areas with rocks, woody material and even litter, or anywhere people may be present nearby. If damaged, the flails are simple to replace.

Come and visIt us! 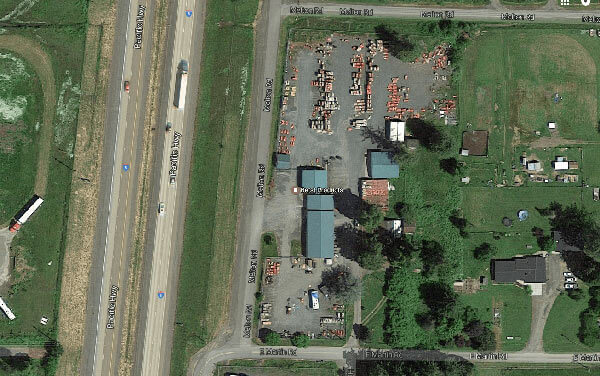